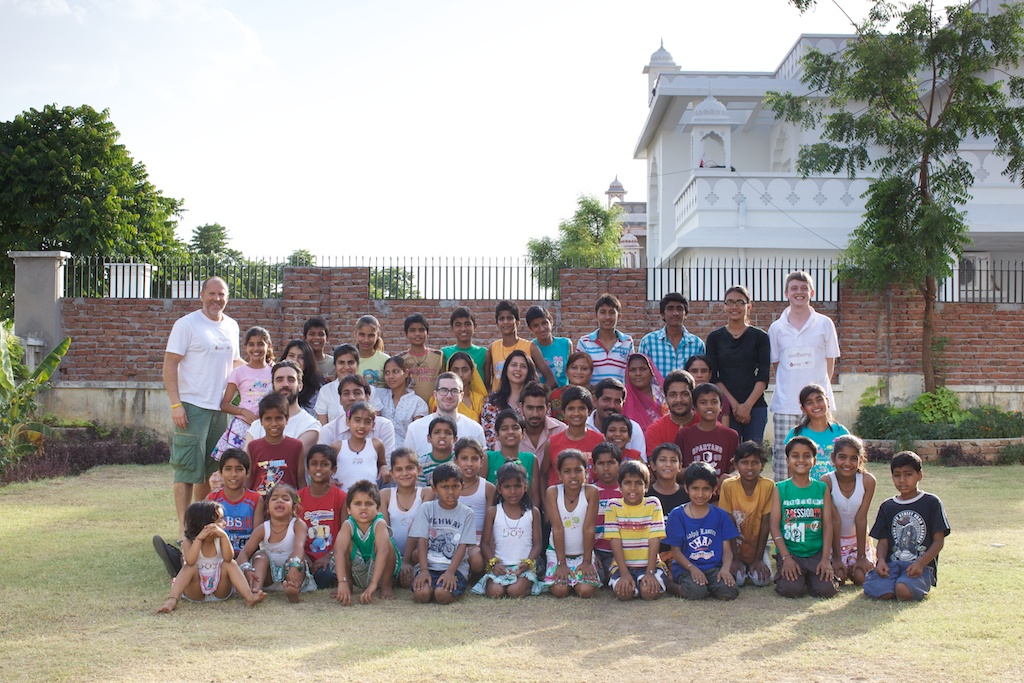 We all are driven by faith. What can a person not accomplish by faith? All of life’s obstacles can be overcome by faith. Through faith, man finds the door of liberation that leads to a state of enlightenment.

Faith provides care and support to children living with HIV/AIDS – this includes housing, food, clothing, formal education, medical support and the other basic necessities that are required for a child to live a normal life.

The Faith Foundation was founded and registered as an NGO on 9th May 2005 by Smriti Singh, who after her royal and somewhat privileged background became aware that other children/people were not quite so privileged and endured life’s hardships. After working to gain finances, initially worked informally with the children of the slums in Jaipur until the realisation that there was a need for care for the discriminated and stigmatised children who are HIV-positive. After receiving confirmation from the Rajasthan State AIDS Control Society that there was indeed a need for care, Aalingan care home was started officially on the 21st September 2007. Initially, here were two children and today there are twenty, ranging from three years to sixteen.  With caretakers, volunteers and sponsors the children are provided with a home, education, and medical support.

Faith is based in Jaipur and its sole motto is to bring a ray of hope into the lives of children living with HIV, by providing such care and support.

We endeavour to integrate the children into mainstream education and further encourage cultural and recreational activities. Faith is dedicated to inspiring others to make a difference in the lives of these children.Through these achievements, we help our society in lowering and the prevention of stigma and discrimination. Faith believes that through awareness and help these children and future children will be one day free of the stigma they face.

Supported by committed volunteers including a doctor, nurse and tutors, the children are now thriving in a way no one could have imagined when the first child walked through the door.

Due to the prevalence of this epidemic, numerous children are single or double orphans. We give these children a home when lack of awareness and social stigma make them outcasts. Every child living with the virus is admitted to Aalingan care home. The children are mostly from underprivileged families from the state’s hinterland were recommended by the Sawai Mansingh Hospital, Jaipur.

The home is filled with toys and the bedrooms decorated with bright bedspreads, posters and drawings.
The home is visited by volunteers from both India and abroad who spend summer months/pre-job breaks interacting and playing with the children.
Faith was also a finalist at the “South Asia Regional Development Marketplace in Mumbai for NGO’S: Tackling HIV/AIDS stigma and discrimination: from insight to action” in 2008.

Faith works with a partner volunteer organisation to help recruit, manage and support visiting volunteers. Volunteer Invest is a well-established partner of global charity Arms Around the Child who has been supporting Faith for over a decade. They welcome your questions and applications to join our initiative. Read the frequently asked questions and apply below.

Arms Around the Child

Global charity supporting and fundraising through events, campaigns and volunteers

The Arms Around the Child volunteer abroad programme.  Helping, managing and recruiting professional volunteers for Aalingan